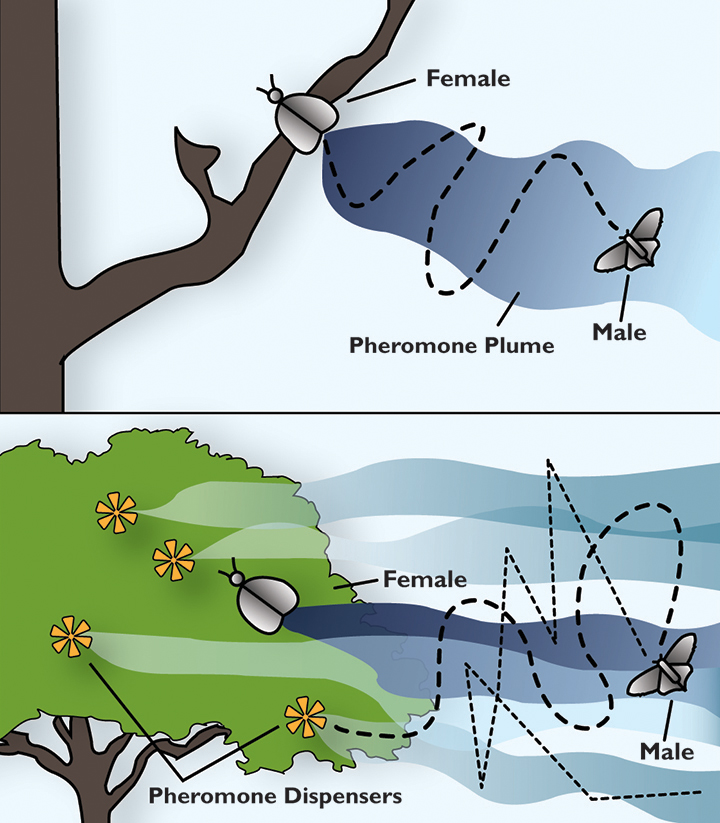 Female moths emit a chemical blend (pheromone) that forms a plume. Male moths follow the plume to find their mates (top).  In the presence of mating disruption, the female moth’s plume is mixed with the plumes of pheromone dispensers, which inhibits the male’s ability to find the female (bottom).  The male may either fly randomly and not approach a moth at all (thin dotted line) or home in on a dispenser or even a female (thick dotted line). The idea is that mating is either delayed or prevented. 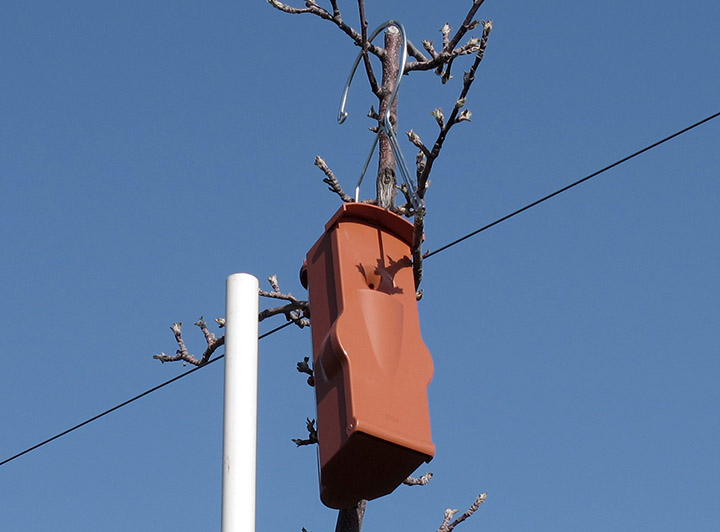 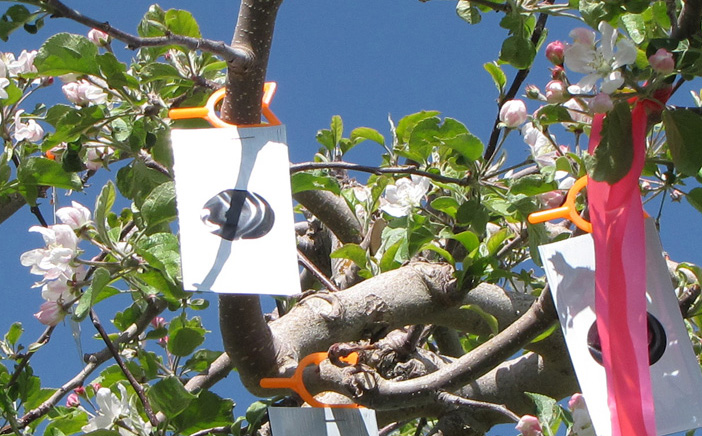 Examples of mating disruption dispensers, including an aerosol release device, a loop device, and a clip device.

Mating disruption (MD) is an alternative pest control option for codling moth, peach twig borer, and greater peachtree borer. Although MD is certified organic, many conventional growers utilize this technology to increase profitability. The cost of an established mating disruption program is the same or less than a spray program.

Under normal circumstances, male moths find female moths for mating due to the species-specific scent (called a pheromone), that females exude. Under MD, an orchard is saturated with that same female pheromone, “confusing” males and preventing them from finding females. Mating never occurs or is significantly delayed. After several seasons of MD use, the target pest population declines and insecticide sprays may be unnecessary. MD works best in large areas, and expanding MD to cooperating, neighboring orchards will improve effectiveness.

When starting a new MD program, it is important to first know the initial pest population level. Use monitoring traps for at least one previous season to determine general pest levels, outside pest pressure, and hot spots. The first two years of MD will almost always require a full spray program at the same time, to bring pest population levels down.

Mating disrupters are called “dispensers”. Most dispensers target just one pest, and are applied by hand either by twisting, looping, clipping onto a branch, or attaching to a post. (Sprayable MD, though available, has not proven effective.)