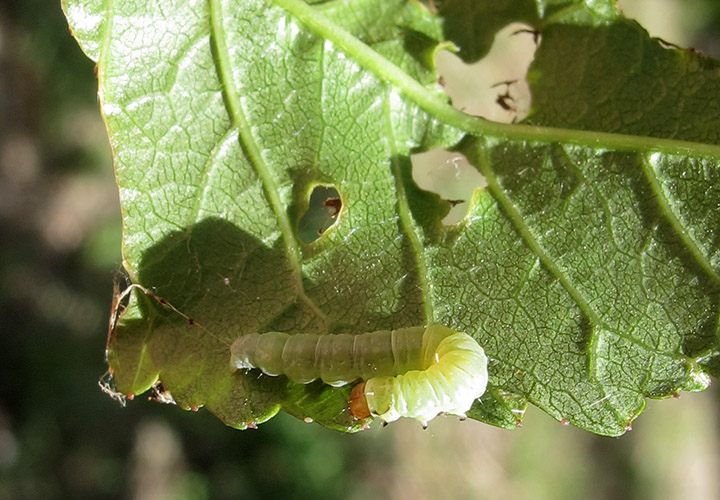 Leafrollers (obliquebanded, OBLR; fruittree) are usually minor pests in the Intermountain West.  OBLR larvae can damage tart cherries just before harvest if populations are high.  Depending on the species, they overwinter as pupae or eggs and emerge in spring.  Only the obliquebanded leafroller has more than one generation.

In apple and pear where OBLR injure fruit, suppress overwintering larvae in the spring (half-inch green to petal fall); insecticides applied for control of codling moth will often suppress OBLR later in the season.  In tart cherry where OBLR larvae injure fruit just before harvest, select an insecticide that kills OBLR in the mid to late cherry fruit fly control program.