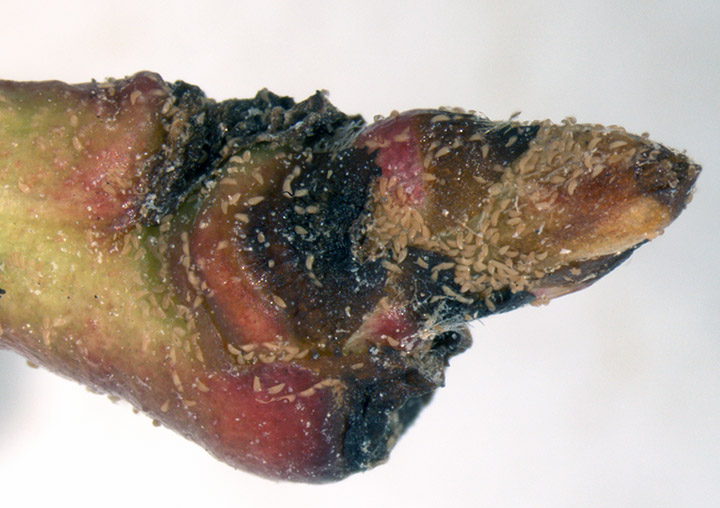 Rust mites are microscopic mites in the eriophyid group.  Adults overwinter under leaf bud scales of pear and apple, and emerge with new leaf growth in the spring.

Use a hand lens to inspect leaves starting in mid-spring.

In apple, rust mites can be beneficial in that they may serve as alternative prey for predatory mites that also help suppress spider mites.  In pear, lower populations can be tolerated as pear leaves are sensitive to injury.