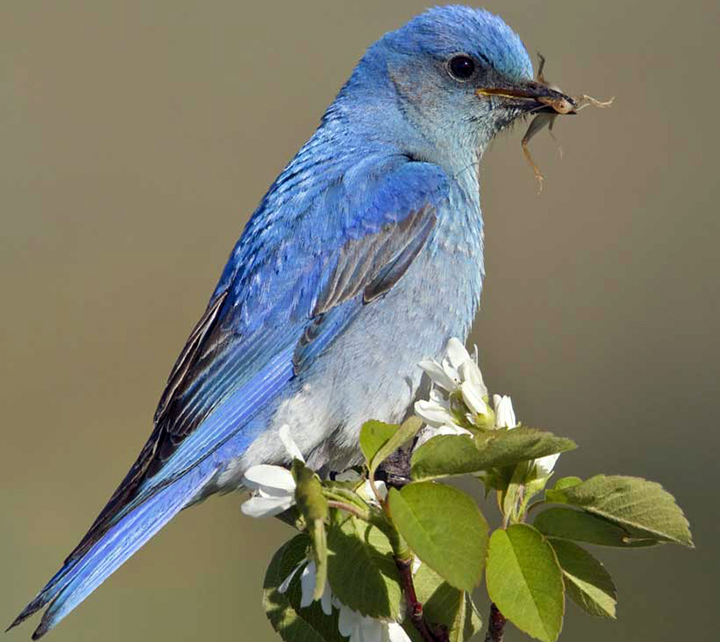 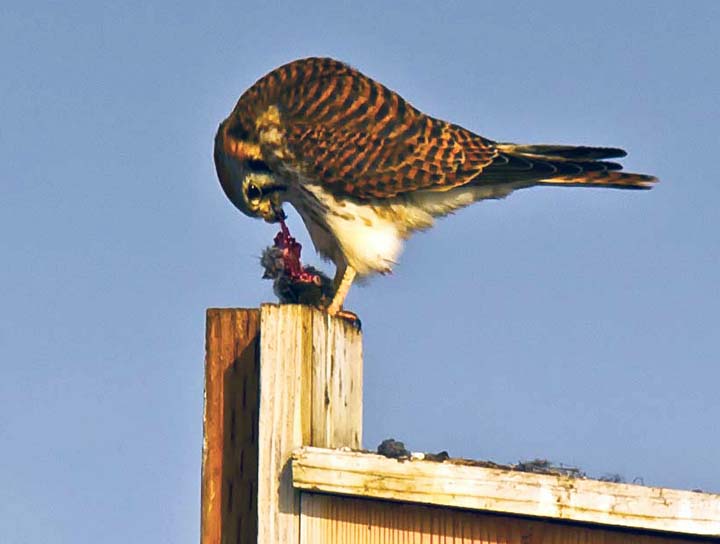 Some bird and bat species can be useful allies in running a successful IPM program.  They are motivated, efficient, and cost effective pest predators.  There are ways to manage or manipulate the farm to attract the best and hungriest.

Some of the most common and hard-working small birds for orchards are:

bluebirds – they eat large numbers of a variety of insects including grasshoppers; and nest in boxes or cavities

chickadees - they eat more insects, including scale, aphids, and leafhoppers, per bird (up to 900/day) than any other; nest in boxes or cavities

woodpeckers – they feed on borers, bark beetles, and overwintering codling moths by extending their long tongue into tight crevices; nest in cavities

wrens - they eat grasshoppers and other insects. They nest in cavities, boxes, or other locations

In orchards (particularly organic), birds such as juncos, flycatchers, swallows, and sparrows have been shown to help regulate codling moth densities by feeding on diapausing larvae. A study of a California apple orchard showed up to 83% predation of codling moth larvae by birds during the winter (Baumgartner 2000). To attract and keep birds in larger orchards, maintain diverse habitats (border planting mixes, alternate row plantings), leave a few older apple trees or large dead limbs for cavity nesters, and provide water and nesting boxes.

Birds of prey feed on small mammals (mice, voles, gophers) and birds. The kestrel is a small hawk that is an excellent predator for mouse control. Kestrels will return to boxes year after year, but are highly territorial. Barn owls (found in limited numbers in Utah) feed on large rodents and birds, and their number one choice of prey is gophers. They can be of great value in all agricultural situations, but their population is dwindling due to lack of nesting sites.

Attach nesting boxes to tall poles or trees 10-20 feet above ground, away from human activity. Install up to 1 per 5 acres to increase chances of nesting, but note that a pair may defend up to 250 acres. Adding a bit of nesting material (twigs, wood shavings) can help attract the birds. Monitor each box weekly and remove starling nests. Clean boxes each year.

To attract/keep birds on the farm, keep old wooden barns; they will not nest in metal barns. Nest boxes can be used in place of cavity trees or abandoned buildings. Owls may patrol up to 200 acres per nesting site.

Bats are the only night flying predators that target moths. Of the Utah bat species, the big brown bat is the most common that is adaptable to farmland. An established colony feeds by the millions on larger insects. The little brown bat (locally abundant) also adapts to farmland, and feeds on flies (including mosquitoes), moths, mayflies, beetles, and leafhoppers. A single little brown bat can catch 600 mosquitoes per hour.

Bat houses should be installed against buildings where they stay warm at night. Bat houses can be purchased from many farm and garden supply catalogues. It may take several years for bats to find a newly installed house.